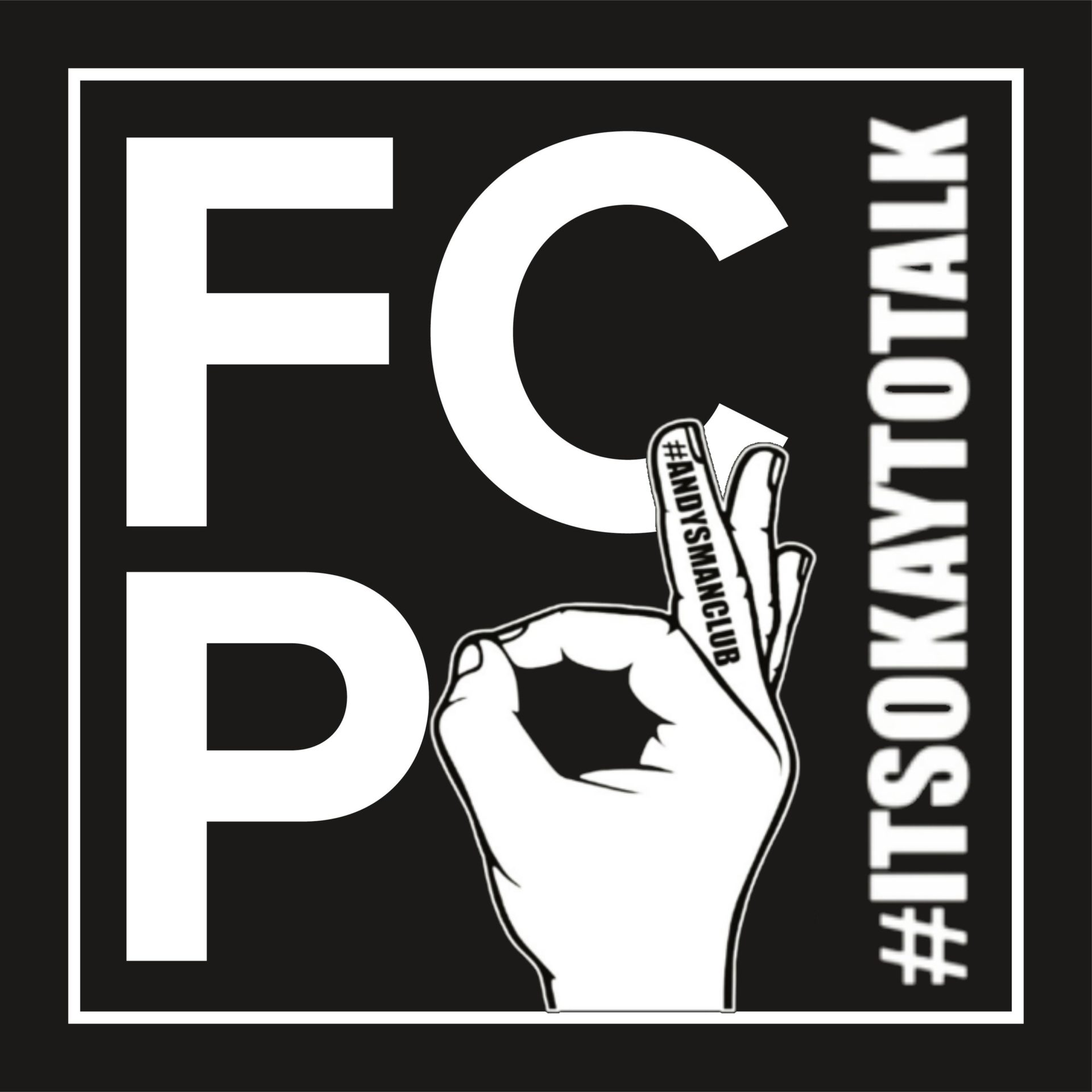 [vc_row][vc_column][vc_column_text]As we mentioned last week, Andy’s Man Club was doing a Suicide Awareness Tour across the UK last weekend. FCPN was invited down to cover the event, and maybe have a chat with some of the people behind the club. What ended up happening had much more impact on me than I expected.

The Tour Bus was running late, and despite the fact that Hollie and I along with a lot of others had been waiting over an hour, not one person was annoyed or complaining about the wait. Everyone just seemed really keen to see the guys arrive, and there was definite excitement in the air. When the bus arrived, the guys getting out of it were met with hugs, applause and cheers. This was the last stop on a 2 day tour that covered 11 towns and cities from Halifax up to Perth and back but the guys were full of energy and enthusiasm for what they were doing.

Nicol, the lead facilitator from the Perth Club then stood on a bench and talked to the crowd that had gathered:

At that moment, when Nicol talked about the bridge, the reality of what I was part of that day really sunk in. These guys were literally trying to save men’s lives one at a time, and a lot of them had been in that situation themselves.

A little while after, Luke Ambler – founder of Andy’s Man Club back in 2016 – stood up to reinforce the message, challenging everyone to find that one man who needs you to reach out to them. And that model is how this club has found it’s success, focussing on one person at a time with a simple yet profound message – it’s ok to talk.

I was lucky to get a chance to talk with Nicol and his fellow facilitator Jim shortly after the event. Sadly, the audio recording failed due to high winds (at least 0.5mph, maybe lower) and I was unable to release the recording. However, I met with the guys 3 days later and had a great chat about the work they do and what people can do to help. I hope this podcast reaches the right people and encourages them that if they need help, it’s a lot easier to get than they might think it is and you are not alone.

Sadly, suicide is still a problem in the UK, with over 6.5k reported cases in 2018 alone. Men are 3 times more likely to commit suicide than women as well, which really emphasises the importance of what Andy’s Man Club are doing. You can find them at their website. If you need to talk, they are there for you at over 20 locations in the UK. You can also find them on Facebook and Twitter.

Normally in the podcast episodes, there would be a bumper in the middle advertising Fresh Talk Podcast, Jaret Goes to the Movies and A Bloody Mess Podcast. I didn’t feel bumpers fitted in with the tone of the episode but they are great podcasts so please do check them out.