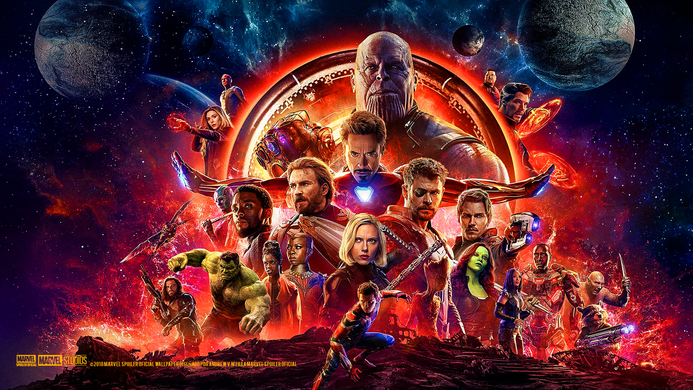 I often find myself watching this trailer and, even now, 6 months after the film’s release it still gets me hyped. It’s just about the perfect trailer in my opinion. It glimpsed at all the major players, gave us an idea of the threat that Thanos posed, it showed us a lot of footage (some of it not even in the final film) which allowed us the get really hyped up and theorize, wildly and inaccurately.

Perhaps most important in this trailer though, despite Thanos’ monologue booming over the shots of our heroes, is the music. It swells, feels triumphant and as the team assembled in the final shot, the Avengers theme shines through. I think this was the moment that allowed them to truly pull the wool over our eyes. I don’t think many of us actually thought Marvel would follow through on Thanos’ plan and when Thor arrives in Wakanda and that Avengers theme swells again, you start to think: they might just stop him. Indeed, while watching this film with my family, when Thor plunged Stormbreaker into Thanos, the room erupted because they’d stopped him at the last second, as they always do…but that joy, like our heroes, soon disappeared.

This trailer, gave us hope. While many will say they can’t trust a Marvel trailer because they removed so much, or changed certain things, I completely disagree with that. It allowed us to speculate and gave us a great taste of what was to come but still we came out of the film shocked. We’d seen so much footage but we’d really seen nothing. If the trailer for A4 is just half as good as this, I’ll be happy and as for the film? Well I’m sure it will blow us away!

Are there any trailers that stick in your head? Does it annoy you when scenes are in trailers but not the finished article? How do you think the Avengers will undo Thanos’ work? Be sure to us know!