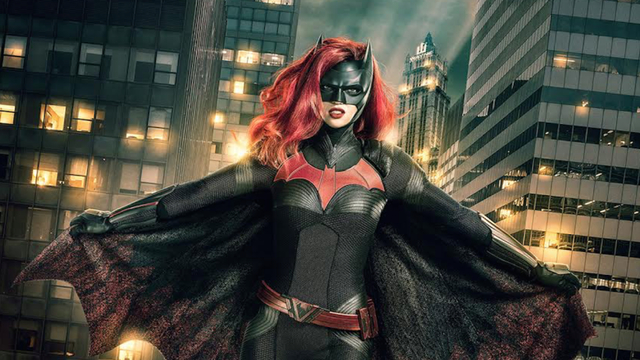 Following her introduction in the recent Elseworlds Arrowverse crossover, Batwoman looks set to get her own solo series on The CW and, according to Deadline, the show has now added three key cast members.

Tandy will play Sophie Moore, who was one of Kate’s first loves in the comics. In this version she looks set to have been Kate’s girlfriend at the military academy. She stayed in the closet while Kate came out and then resigned. She is described as “a high-level private security agent and one of Gotham’s staunchest protectors. Despite her bite and regimented outlook, Sophie has a soft side, illuminated by Kate Kane’s return.”

Johnson, meanwhile, has been cast as Luke Fox, who is the son of Batman ally Lucius Fox and he does eventually suit-up as “Batwing” in the comics. He “considers himself the guardian of all things Batman — specifically his symbol — he also recognizes the city’s need for a new hero.”

And, finally, Kang will portray Kate’s step sister Mary Hamilton. “Excitable, talkative, and an influencer-in-the-making, what Mary lacks in a filter she makes up for with her compassion for Gotham’s underserved communities, proving she has more in common with Kate than she thinks.” While Kate does have a twin sister in the comics, named Elizabeth, who went on to become a villainess calling herself “Red Alice”, it seems Kang’s character bares very little resemblance to Elizabeth, but who’s to say what may happen in the future? Kang is currently appearing in “You” on Netflix.

David Nutter will direct the Batwoman pilot, which was written by by Caroline Dries. No premiere date has been announced as of yet but it’s expected to shoot soon and will most likely be picked up by The CW, meaning it could join the rest of their CW-verse and debut later in the year.

This is some good talent they’ve added and, with some solid stories they could draw from with those characters, this looks set to be another hit. Let us know your thoughts on it though!