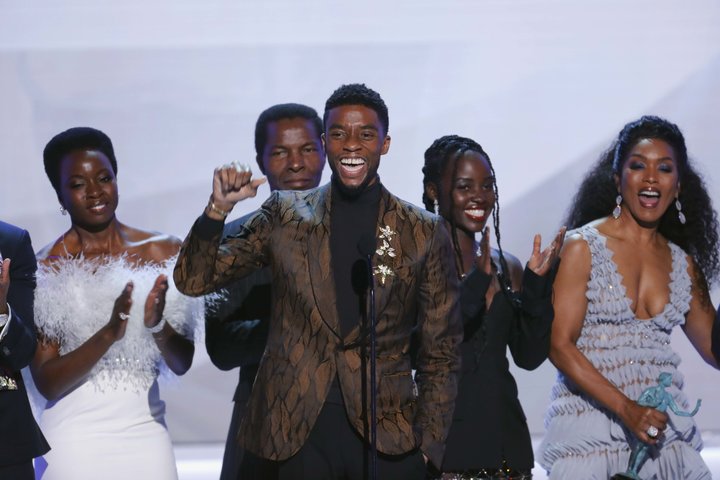 Comic Book movies rarely do well during awards season other than occasional specialist awards such as lighting and VFX, which makes Black Panther something of a trailblazer..

It has been nominated for Best Picture at the Oscars, the granddaddy of the season. But before that other awards shows take place, one of the larger ones being the SAG awards.

Black Panther won the top award of the evening – Outstanding Performance By A Cast – and during the four and a half minute acceptance speech Chadwick Boseman said “One thing I do know… is that you can’t have a Black Panther without a 2 on it.”

Black Panther took $1.3 Billion worldwide so it is no surprise that a sequel will happen at some point, but for now let’s let geekdom have a little bit of glory. Well done.