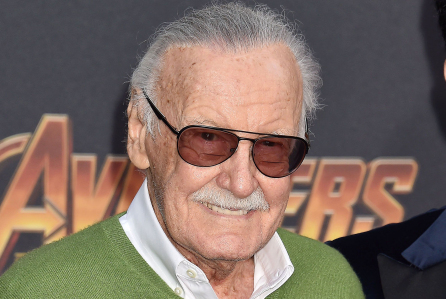 Stan Lee, the legendary writer, editor and publisher of Marvel Comics whose many flawed but amazing creations made him a real-life superhero to comic-book lovers everywhere, has died at the ripe old age of 95.

He first started out in comics in 1939 and created or co-created Black Panther, Spider-Man, X-Men, The Mighty Thor, Iron Man, The Fantastic Four, The Incredible Hulk, Daredevil, Ant-Man and many other characters, died early Monday morning at Cedars-Sinai Medical Center in Los Angeles, a source told The Hollywood Reporter.

The past few years have not been the easiest. Joan, his wife of 69 years, died in July 2017, he launched a lawsuit against POW! Entertainment — which he founded in 2001 — for $1 billion for fraud, only to drop the suit weeks later.

He also sued an ex-business manager and filed for a restraining order against a man who had been handling his affairs. Then, in June 2018, it was revealed that the Los Angeles Police Department had been investigating reports of abuse against him.

On his own, as well as through his work with frequent artist-writer collaborators Jack Kirby, Steve Ditko, Lee helped turn Marvel from a tiny venture into a juggernaut in the comic book industry and later a multimedia giant.

I’m sure he’ll be missed by a great many people!