With the Russo Brothers coming out yesterday saying that the potential for a three hour epic is still very much on the table, a tweet overnight has doubled down on the length by saying Disney are thinking of adding an Intermission. 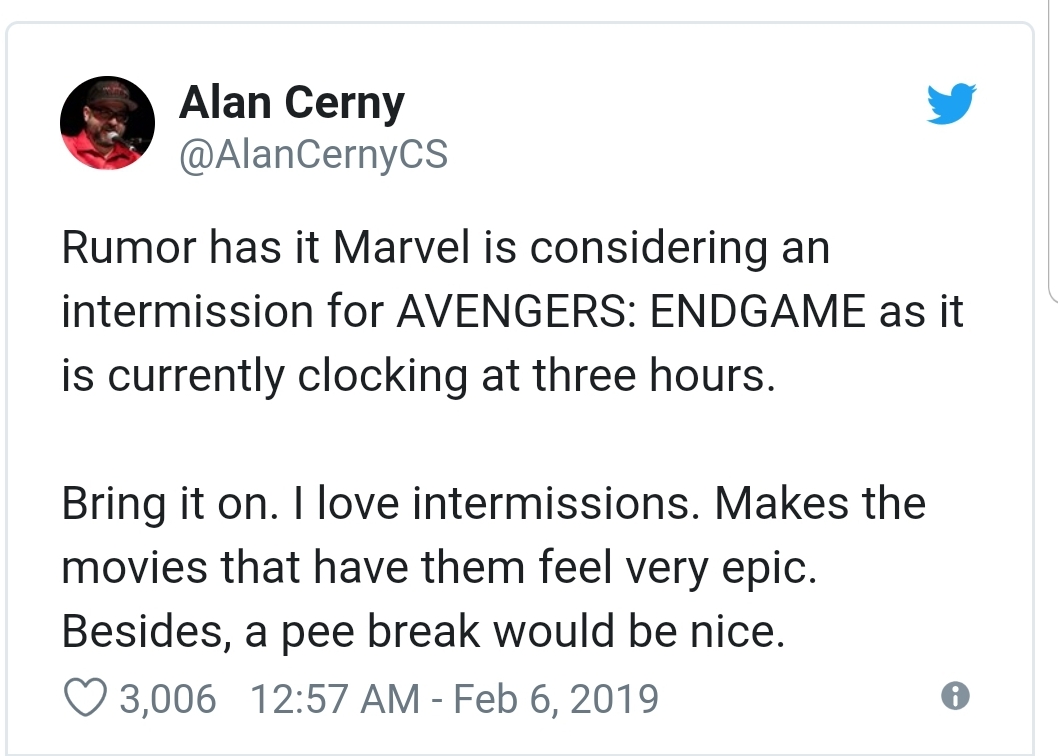 I remember once having been to a film with a break, none other than half blue face, freedom warrior Mel Gibson himself – Braveheart. At the time, being a teenager, it was time for a re-stock on sweets. Nowadays it would likely be a much needed bathroom break, so if true, I’ll be a happy man.

If this is confirmed we will let you know.