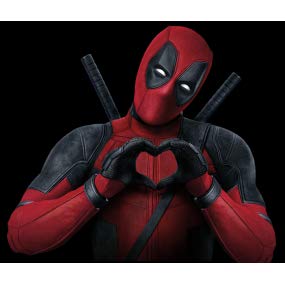 Even before the acquisition of the Fox properties, many questions were directed to Disney, wondering if they would be tapping into the R rated market and even then, refused to commit one way or another.

Recently, when asked about the nature of the studio releasing these types of movies after the acquisition is complete, Disney CEO Bob Iger specifically called out the success of the Deadpool films and went on to say: “We’re going to continue in that business, and there might be room for more of that.”

What other Marvel properties, if any, Iger is referring to remains to be seen but there is certainly no shortage of options and especially now with the Fox properties returning to the House of Mouse.

Iger also indicated that the studio would have to be very careful in their branding of the films, stating the need to make sure that the films are properly marketed as being R rated, suggesting that they would perhaps exist separately to the main MCU, much like Deadpool currently does with the X-men franchise.

The first Deadpool was released in February 2016 and went on to take over $783 million worldwide, making it the highest grossing X-Men movie at the time, with Deadpool 2 now taking that title with over $785 million in worldwide grosses. The two films have also grossed more than 11 of Marvel Studios’ own releases, which is no mean feat.

As yet, it remains to be seen how Marvel Studios intends to handle the X-Men and Fantastic Four properties when the Disney/Fox deal finally closes. It is not expected that the current continuity of the X-Men movies will remain intact; however, if there was a character capable of making the leap from one major studio’s franchise and into another’s, it would certainly be the fourth-wall breaking, Merc with a Mouth; Deadpool, and we can only dream of the barbs he would launch at the studios just as he’s done in the past.

A lot of bluster, to only be back where we were but still, there is hope. What would you like to see in an “R Rated MCU”? Be sure to let us know your thoughts!