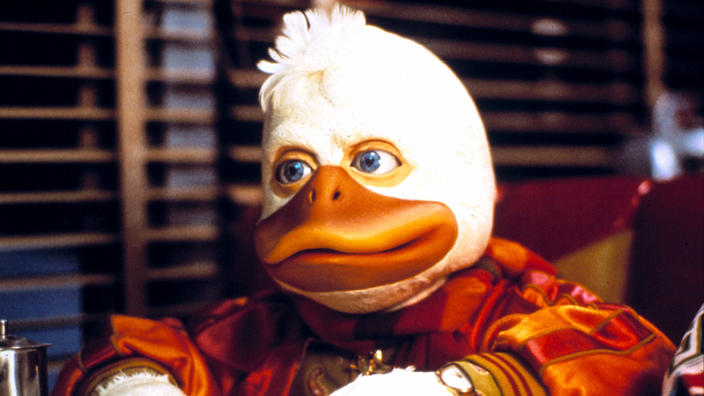 Marvel TV in conjunction with Hulu is developing four new properties for the small screen, including Howard the Duck.

The other animated shows being produced include Marvels M.O.D.O.K, Marvels Hit-Monkey and Marvels Tigra and Dazzler Show.

In a similar vein to the original Nerflix TV shows, the individual seasons will culminate in a team up show – Marvel’s Offenders.

It is not your usual animated Marvel shows however, these ones are aimed at Adults.

With longtime comic fans Kevin Smith and Patton Oswalt involved, there is some serious talent on board to make these new shows a hit.

Result. (IF we ever get to see them.)