Netflix axe another of their Marvel shows… 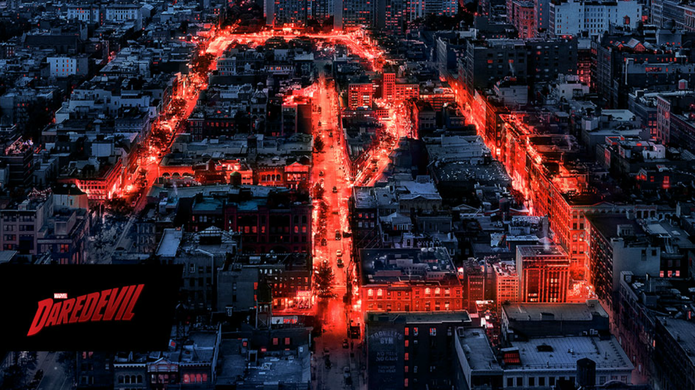 Well, it’s the news we were dreading but can we really say it’s not expected?

Deadline broke the news last night that Daredevil has officially been cancelled by Netflix.

Netflix released a statement “Marvel’s Daredevil will not return for a fourth season on Netflix,” and went on to say “We are tremendously proud of the show’s last and final season and although it’s painful for the fans, we feel it best to close this chapter on a high note. We’re thankful to showrunner Erik Oleson, the show’s writers, stellar crew and incredible cast including Charlie Cox as Daredevil himself, and we’re grateful to the fans who have supported the show over the years. While the series on Netflix has ended, the three existing seasons will remain on the service for years to come, while the Daredevil character will live on in future projects for Marvel.”

While it’s not a complete surprise, there had been hope as the show runner, Erik Oleson, had recently said he’d pitched season 4 and was looking forward to continuing to tell his story.

Despite the cancellation of Luke Cage and Iron Fist, the recent debut of Daredevil’s third season, which was very well-received by critics and fans, seemed to hint at something more positive.

However there have been many rumours of very strained relations between Netflix and Marvel. With the two reportedly butting heads over “creative differences” with rumours of a disagreement on the financial side of things too. It’s well known how costly the Marvel shows are to make, with Netflix pouring huge sums of money into the projects – despite the fact that Netflix doesn’t technically own them – the series have been expected to overperform in viewership. Recently, however, there’s been a considerable increase in new Netflix originals being released or green-lit, it seems like that might not have been as feasible as it was when Daredevil first premiered in 2013, or was it in anticipation of Marvel not budging?

It’s also thought that Netflix and Marvel TV did not agree on season orders, with Netflix pushing back the episode orders for many of the shows from 13 to 10, something that Marvel had been resisting (though this is something I personally agree with Netflix on!)

This cancellation leaves Marvel’s Netflix roster at Jessica Jones and The Punisher, and both are still poised to debut upcoming seasons as planned but with no official confirmation as yet, it’s pretty safe to assume their days are numbered.

Several key members of the team have shared their thoughts on this cancellation, with star Deborah Ann Will and Season one showrunner Steven DeKnight posting on twitter.

I’m so sad that we won’t be continuing this story. Mostly I’ll miss seeing the friends I’ve made everyday. Thank you to every person who contributed to this series over the years. And to @erikoleson because of you we are going out on a high. @Daredevil #Daredevil pic.twitter.com/aVmXu1UwFu

Deeply saddened by the news. Honored to have been a part of it. https://t.co/NPvgbhdUbH

What do you think of Daredevil’s cancellation? Let us know your thoughts!