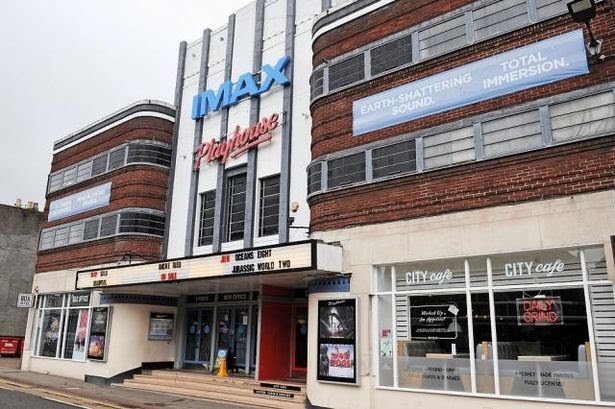 In a time where chains and mega franchises run everything, we believe it’s more important than ever to support independent and local businesses where we can and and our local cinema is a perfect example!

Over the years the beloved Playhouse has come in for some criticism (some justified, some less so) for some of the facilities on offer but there are projects in place to not only restore but improve what they offer!

The team at Perth Playhouse officially opened the new-look screen three two weeks back. However, they say this is just the first of the of screens at the cinema to get the makeover treatment!

It was well known that screen three had become quite worn out in recent years, with damaged/broken seats and poor sound and picture quality, but general manager, Cathy Moran, says film lovers will now enjoy the top quality surround sound and picture in the new screen, all from the comfort of a leather sofa.

In an an interview with the daily Record she said: “We are trying to bring people back to the cinema and it has been a long time since anything has been done to the screens.”

“It has been over 15 years since screen three was last done – the seats were all worn.”

“Now we have 76 seats, including sofas and individual leather seats and they are all super comfy.” 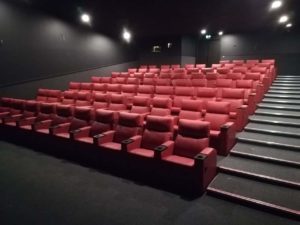 “Although the new screen has less capacity, the seats are much better and there is more leg room as well and two wheelchair spaces.”

“It was closed for six weeks, and originally it had 5.1 surround sound but now it is 7.1.”

“So basically it is a better sound quality all around and a better screen so not only is it comfier, you are hearing and seeing better.”

The new screen, which was brought over from France, was revealed to the public back on September 6, and Cathy said the playhouse will use the new facility to show the best shows.

Cathy continued: “Screen three will be our live screen for ballets and operas, we are trying to make it our spectacle screen.

“It was a bit of a last minute opening so we have not had any new releases in it yet, but from Friday, September 13 we will have ‘Downton Abbey’ on constantly.”

“Screen three was long overdue for an upgrade and this is the first part of getting all of our screens done.”

She then went on to outline some of the plans for further renovations too; “Hopefully we will get screen four done by the end of the year, and then we can look at trying to get the other screens done next year.”

“If everything goes okay we will bring the cinema up to scratch and looking really pretty, and it will be a good reminder for people to come and visit their local cinema.”

The team here at FCPN love the Playhouse and think it’s fantastic to see them taking feedback on board and looking to improve! We can’t wait to see what comes next!

Have you checked out screen three since it’s grand reveal? Let us know what you thought!