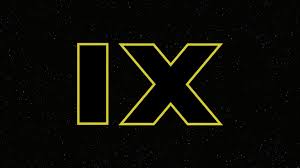 The Teaser for this Decembers new Star Wars film, now officially called “The Rise Of Skywalker” has just been released and miiiight have just got me a little hyped.

We routinely see or hear about things that may “break the internet” but I have a sneaky feeling this might just achieve it.

Every generation has a legend. Watch the brand-new teaser for Star Wars: #EpisodeIX. pic.twitter.com/fWMS13ekdZ