The Music that Made Me 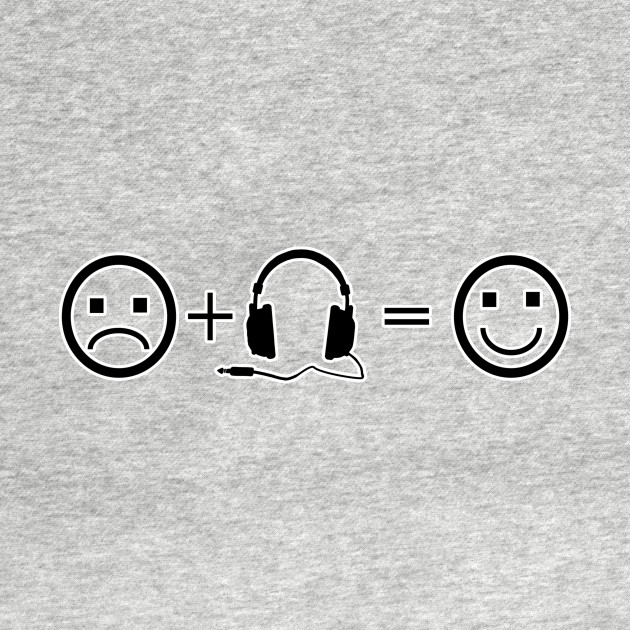 Stuart Kane is the owner of Big Dog Books, Perth’s very own independent comic book and games café. Like most of us he’s had to put his business on hold for the moment and is locked up in his flat. Comics are his first love but he answered our call for content writers with this piece about his other big passion in life – music.

The Music that Made Me

During this period of social distancing I’m spending a lot of time alone and I’ve quickly settled into the joy of being able to listen to all “my” music with out colleagues or friends or algorithms dictating what I need to hear. I sat down to write a piece about my favourite albums; I was planning on writing some reviews of them and discussing what it was about them made seem great to me. I started digging through my CDs and going through my playlists to choose which ones to write about when I noticed that almost all of my favourite albums ever – ones that I listen to at least once a month today – all came out in the same year; 1995. I got down to a list of 30 albums and 16 of them were from 1995, a further seven were split between 1994 and 1996 and the rest scattered through time until now.

What happened in 1995? Why this sudden explosion of music and why had these albums stuck with me for 25 years? I started thinking less about the story of the albums and instead about the story the albums told of me; of what they had meant at the time and how they influenced me. The more I thought about it, the more it made me realise that this was the year that set me on the direction that the rest of my life would take and almost all of it was down to what I learned from listening to music. These aren’t the best albums ever made, it’s not some perfectly curated list, it’s just ones that mean an awful lot to me.

In 1995 I was living with my parents in their newly right-to-be-bought council house in Greenock, a post-industrial town on the west coast that now is bottom of every league table you can imagine but back then was just home. Born in September, my birthday always fell just after the start of the school year so in January I was a 12-year-old kid in 1st year of Secondary School and by the end I was already moody teenager. We lived in a 2-bed terraced house, and I shared a room with my much older brother, Dad had a manual labour job for a nationalised industry, mum worked in a canteen, and both grannies lived within walking distance of our house. It was about as textbook working class as it gets.

I can’t tell you what music I listened to before 1995; I heard music all the time – there is always music in my parents’ house – but I didn’t really listen to it. My brother picked what was played in our room and my parents picked what was on downstairs, I just listened to what was on in the background. I won a portable CD player in a competition in the paper the year before and had a few albums that I’d gotten as presents, but mostly it was stuff that people got me because I liked what they listened to and it was all more of the same. The first time I remember buying music for myself I walked into Our Price with some pocket money I had saved up and I was looking at the latest releases section and I didn’t really know what anything was so I picked two I could afford and came away with The Bends by Radiohead and Leftism by Leftfield. I sat in the town with my little portable CD player and listened to music like I’d never heard it before. My parents favourite bands were all from the 70s. My brother liked Luthor Vandross. I wasn’t prepared for Radiohead.

The Bends by Radiohead was experimental, weird, terrifying in places. Yorke’s falsetto voice singing songs of deep despair and ruin. I didn’t have the language yet to properly understand what I was listening to, but I recognised it. Depression haunts my family and untold stories hidden in time rise to cause havoc. Here someone had taken all that and set it to guitar and synths. I must have listened to this album thousands of times over the years and I’m still finding new things in it.

Leftism though, that album felt like it was being beamed into my brain from a far distant future. I don’t remember ever hearing dance music before that. I don’t think I knew there was music that didn’t have words. Dance is a genre that skips past your ears and aims itself right for your nervous system; it gets into your muscles and bones and before you know what’s happening it forces you to move. I would go on to spend a lot of my teenage years and early 20s in nightclubs lost in the euphoria that closing your eyes and letting go brings all because that wee boy sat on a bench outside Woolies listening to that album. Good dance music has complex layers of interwoven beats and tempos, and is a study in the art of storytelling. Great dance music is a religious experience.

From there that’s where my money would go for the next few years, I’d save up, I’d go into town, and I’d buy albums by bands I didn’t know. That was my thing, I didn’t want the same sounds over and over – I wanted new and different and strange and competing and ridiculous and heavy and I wanted to hear as much as I could. Looking at my collection I bought a lot of albums that year, some on CD when I could afford it and on cassette tape when I couldn’t, and each one would teach me something. 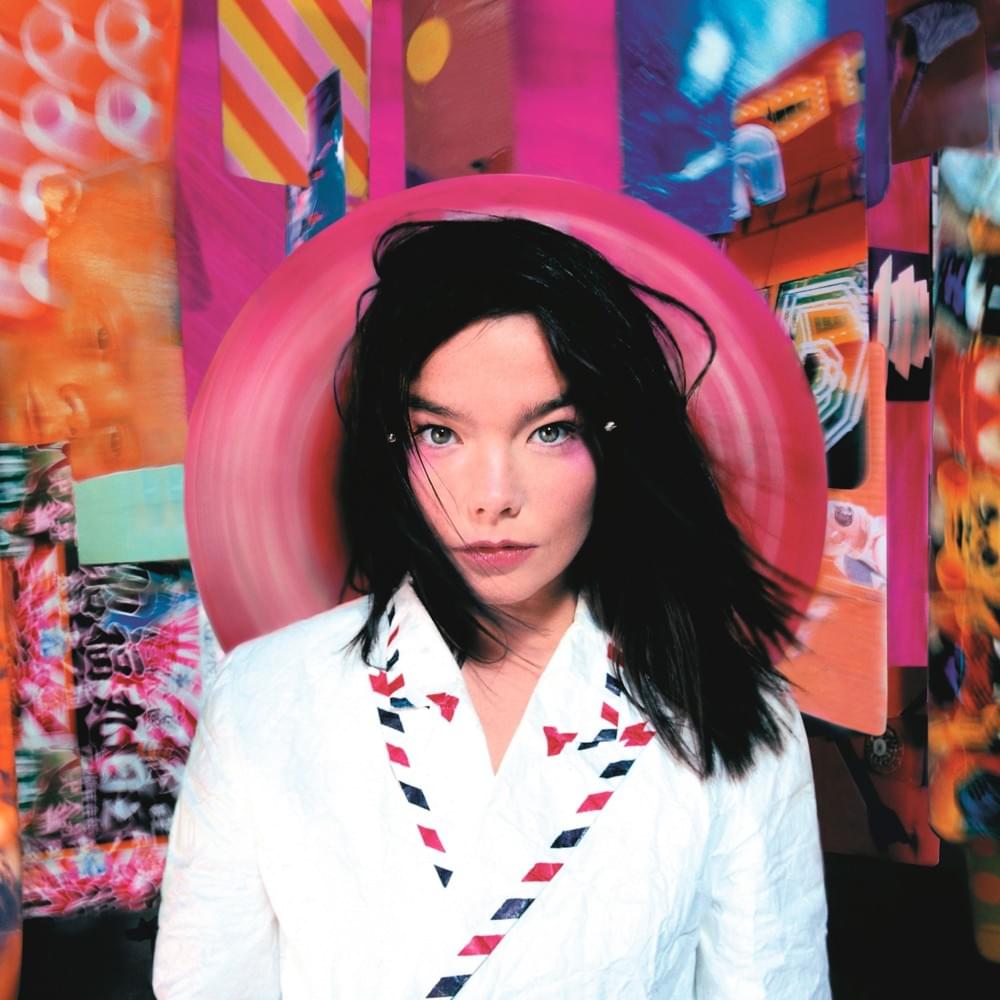 Post by Bjork would introduce me to foreign artists and avant-garde music. It would teach me that good music is indistinguishable from good theatre, and that the eye has an important role to play in what you hear. Her limited use of English in her songs would help me understand the need for purity of language and how to get your point across eloquently, and years later the lesson would serve me well working in a team where no one spoke the same first language and we had to communicate big concepts in simple language. She would also be the first artist that I had heard where the voice was a primary instrument and wasn’t subjugated to a guitar.

Another album which is as much theatre as it is song is Medusa by Annie Lennox. That album would let me hear a Scottish voice where the accent wasn’t hidden and instead was so powerful that it made you pay attention. Annie Lennox has always been an actor as much as a singer and the range of emotion she put into each song taught me the difference between a singer being loud and being good – that good diction can be a weapon in the right hands. Also, this album I would later discover was all covers, which taught me not to assume everything you hear is new, to go and root out the originals to compare the difference. People sometimes argue that when it comes to music the original is always the best, but in my experience that’s often not the case and there are several controversial choices where I’ll defend the cover over the original now.

No discussion of music in 1995 can go without the Great Debate though: Oasis versus Blur. It divided families. It was debated on the news. It was the primary pop-culture question of the day. Oasis were champions of the common man, Blur were dandies. Oasis sang songs about teenage pregnancies and drugs and broken homes; Blur sang about gap-years and the struggles of the middle-class. There was no choice – I HAD to like Oasis. I was a poor kid from a working-class background, they were everywhere, and they sang songs about my life. My brother loved them. My mum though, didn’t. I heard her singing along to Country House on the radio one day and I asked her why she liked Blur over Oasis and she said that Oasis “Sounded like a rubbish Beatles, and I always preferred the Rolling Stones anyway.”. Well if my Mum said it was ok… The Great Escape by Blur ended up another one in my pile of all-time favourites. Both bands would go on to play to their respective crowds, Oasis would largely create lad culture, would marry pop stars, and would get into fights; Blur would get into Student Activism, make cheese and write columns in the Guardian. For me though it felt like it was about more than just who you liked, it felt like it was a battle for who you were versus who you could be. Oasis to me felt like agreeing that this world was all my world would ever be while Blur felt like they pointed to a life I could have if I went for it.

There was more to Britpop than those two though; kicking in grit from the side-lines was Different Class by Pulp – a whole album about living life in Tory Britain and the hypocrisy of the treatment of the poor. While Oasis vs Blur was a nice way for the chattering classes to divide the nation, this album reminded people – and taught me for the first time – that this was how a great many people had to live their lives. That poor was a choice other people made for you. It was a complete education in politics in under an hour.

Oasis brought me, in a roundabout way, to another all-time favourite: Jagged Little Pill by Alanis Morrisette. I had bought What’s the Story Morning Glory because everyone at school had it and my brother had bought Jagged Little Pill to impress a girl. Neither strategy worked. We swapped albums and were much happier. This album is filled with raw emotion coupled to biting lyrics and the ability to be so articulate while in the grip of a white-hot rage is a useful life skill.

As I got older and more emotional myself I discovered heavier and darker stuff. Garbage by Garbage and Adrenaline by Deftones, both “American” bands (though Garbage has a Scottish frontwoman in the invincible Shirley Manson), both introduced me to new forms of music – grunge with Garbage and Nu-Metal as it become known with Deftones. Their sounds were just what a developing teenager needed to hear and there was a lot in their expressions of anxiety and anger that helped me understand mine and stopped me having to do the same. Garbage would further influence my life as two years later I would meet someone, get into a conversation about the band, and make the best friend I’ve ever had – and still do – as a result.

My Dad saw my expanding interest in music and would begin to share his favourite music with me and it gave us something to talk about too. He bought me a copy of These Days by Bon Jovi and that was a thing we shared. Bon Jovi opened the door to stadium rock and hair-metal bands and Americana in general, but that’s the album I still go back to year after year when I’m in the mood for some good old stadium anthems.

So that’s my life in ten albums. By the end of that year I was 13, my brother had left to join the forces, I finally had my own room, and I got a hi-fi for Christmas.