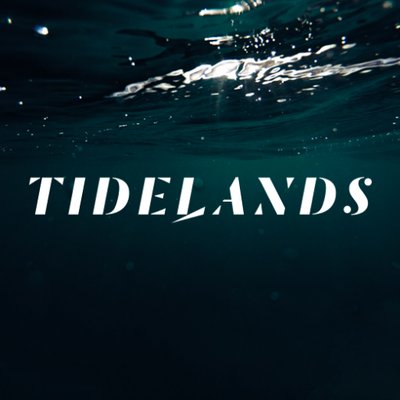 Plot – After an ex-con returns to her fishing village, a dead body leads her to uncover the secrets of the town and its half-siren, half-human residents.

I knew nothing of this series, not even the blurb on Netflix when my wife chose this to watch. She had seen a picture of a woman and man embracing, assumed it was a romance and fired it on.

First few minutes we get drug smuggling, murder, nudity and attempted prison shanking.. that was enough for me to put the phone down and see what this was all about.

Set in Orphelian Bay in Queensland the story centres around Cal McTeer (Charlotte Best) who has just been released from prison after 10 years for killing a man in a house fire. She returns to the bay to find her family secret, that they are drug smugglers for the Tidelanders, a group of people who live in a small outlying commune.

Adrienne (Elsa Pataky) is the “Queen” of the Tidelanders who are half human, half siren.. stronger than normal humans and have a few hundred year lifespan.. She is on a course to bring back their “mothers”, the actual sirens and sets about recreating an ancient artefact that will enable her to summon them.. very close to a fantasy series rather than real life, but grounded just enough to not seem like pure nonsense.

Side plots we get through the series are the family fallout over the drugs trade, the internal backstabbing of the drugs gang before a new big player tries to muscle in and the good cop trying to uncover the whole truth about everything.

Interestingly the episodes 7 and 8 were a little shorter than the rest at 36 mins rather than the standard 45ish of the rest, any many other series. The finale was quite well done with a good few twists and turns and a bit of cast decimation while we were at it.. Not quite Thanos snap, but a cull none the less.

If you are looking for something a bit different from your Netflix binging this is well worth a watch.

Stand out moment – that finale, when you think everything leading up to it is going to go how you think, then the twists and backstabbing (literally) start..

Score – 6.5 out of 10. Decent enough series acted well and enough intrigue to get me back for season 2 should it be made.