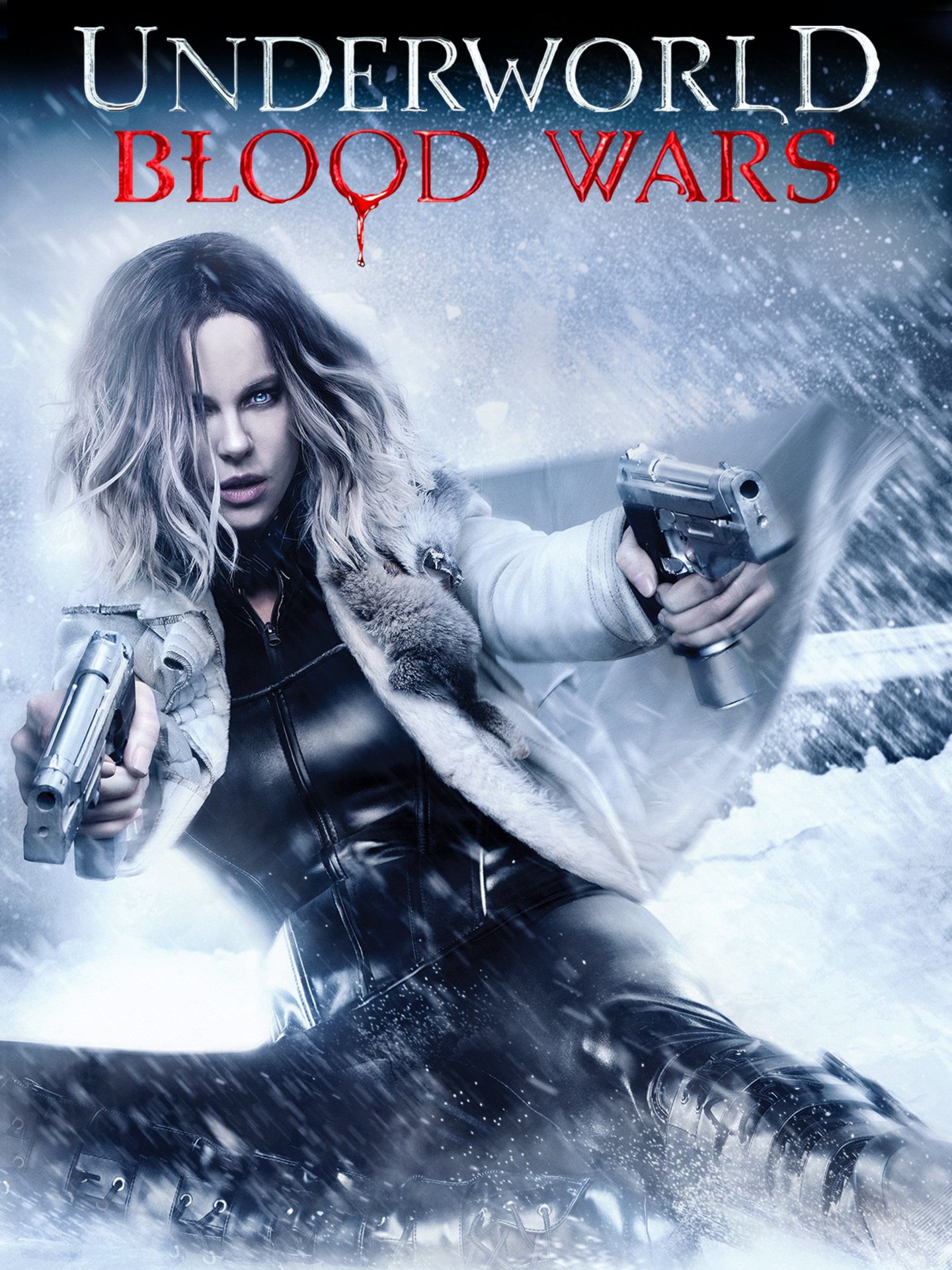 Plot – Vampire death dealer, Selene (Kate Beckinsale) fights to end the eternal war between the Lycan clan and the Vampire faction that betrayed her.

Oh why, why, why, did I do it? I had the gut feeling before watching and watch anyway I did. Actually it took me three separate sessions to get through this film.. that’s how good it is…

The Lycans are on the forefront in the war having attacked several Vampire Covens. They need to find Eve who’s blood can end the war by creating Vampire-Lycan hybrids.

Selene has been in hiding since the last film but Semira has offered her clemency so she can help train a new team of Death Dealers. While training she is poisoned by Varga, who then kills the vampires hoping to frame Selene.

David comes to the rescue and they escape to the northern vampire coven where it is revealed he is the true heir to the Eastern Coven. The Lycans attack, led by their leader Marius. Marius ends up in one on one combat with Selene and defeats her with help from his vampire lover, Alexia. Wounded after combat Selene escapes under the frozen lake, seemingly dead.

Alexia returns to the Eastern Coven where Samira kills her, having known of her affair with Marius. David also returns, presenting himself as the true heir to the Coven and exposes Samira’s plan. Whilst this is happening the Lycans launch a full scale attack on the Coven.

During the battle Selene returns from the dead due to a ritual performed by the Nordic Coven which also gave her enhanced speed. Marius is revealed to have been drinking Michael’s blood, the same Michael who Selene saved in the first film. It seems to make him closer to a hybrid rather than pure Lycan. Selene fights him for the last time ripping out his spine (very quickly given the battle mid film – maybe the ritual increased her strength also?) and thus ends the uprising.

David, Selene and Lena (of the Nordic coven) are chosen as the new elders and just as we are about to cut to the credits we see Eve making contact with Selene, helping set up part 6, should anyone be mad enough to try and carry this series on…

Quite a lot to write about in a film short of plot. It builds on the Underworld series but doesn’t offer a whole lot new. At one point in the middle of the film during the one on one battle between Marius and Selene, Marius says to her “I expected more”, as was I in regards to the film. By the end of the battle he says “it’s over” in an immense piece of foreshadowing as I can imagine the Studio having the same conversation now.. how it got as far as 5 films is about as unreal as vampires themselves…

Stand out Moment: Few moments worthy of being here but the legend that is Charles Dance drawing swords for a battle is pretty kick ass.

Score – 2 out of 10. Very little redeemable with some of the worst CGI committed to film in a long while..